Filmvorführung "A DAY AT NIGHT". Directed by André Chappatte. 2019. Berlin. 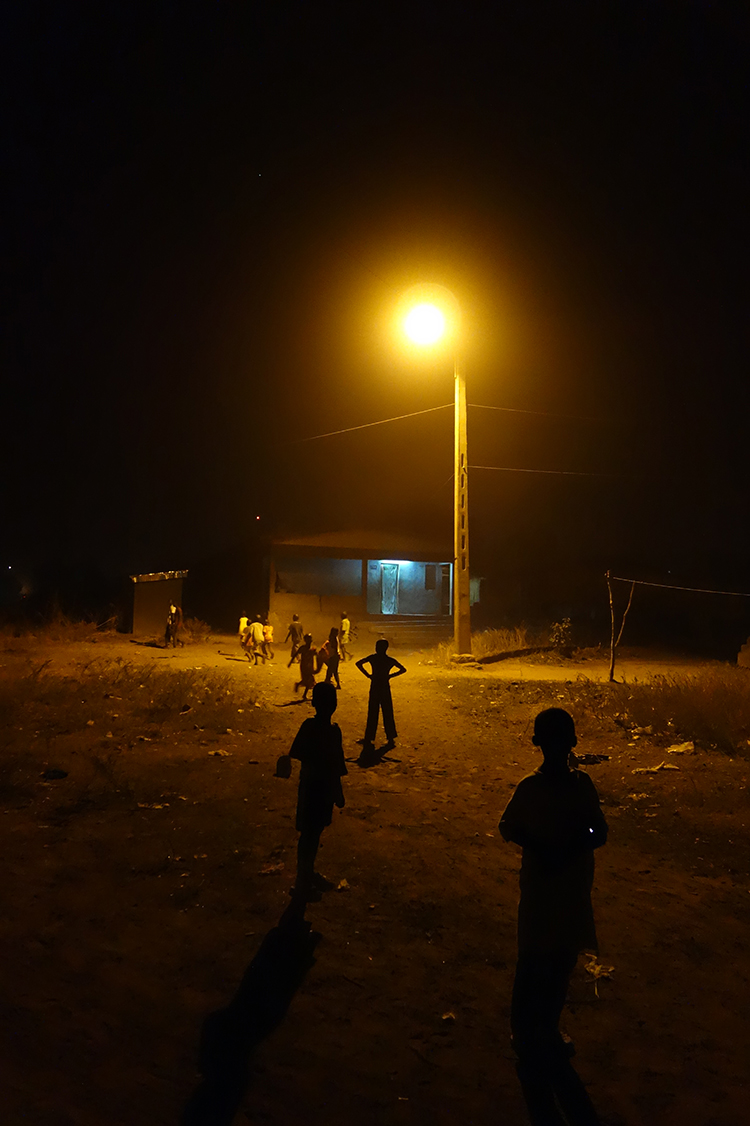 In West Africa the urban night, beyond proximity, is often felt as a shadow play because the interplay between the darkness of the night and the dim light of electricity reveals the "silhouettes" of people's activities but rarely their "faces". As the sensory power of sight becomes reduced other senses come to the fore of people's presence in space. Based on 16 months of fieldword, this ethnographic film expresses the phenomenology of Odienné's urban night. From street sellers, radio programs, birthday party, to police patrols via prayers, it shows difference ambiances of night life in this provincial town of northern ivory coast. In doing so, it invites the viewers to pay attention to the ways the socio-sensory experience of the urban night shape people's ethics, vulnerability, and intimacy.