Project: "The relational lives of an ethnological collection between South Africa and Europe“ (WT)

The project investigates how scientific knowledge influences the practice of ethnological collecting and the handling of resulting collections. Assuming that collections always imply a connection of people, locations and objects besides their material existence, the project approaches arising questions by focusing on the relations of all above-mentioned agents to each other. The starting point of this research is the anthropological studies of Benedictine and ethnologist Father Meinulf Küsters in South Africa in the 1920s. The aim of the study is to argue for a better understanding of how ethnographic knowledge is developed, transformed and dispersed through transnational routes that intersect ethnographic, archaeological and missionary epistemologies. The data collected and (re-)assembled through archival research, interviews and listening sessions relates archaeological artefacts, historical sound recordings from KwaZulu-Natal (South Africa) and archival material dispersed in museums, archives and missions in South Africa, Germany and Austria. They are analyzed to understand the various scientific practices that formed and were formed in these locations over a time that spans from the early 1920ies until today.

The study implicates to contribute to a research of ethnographic collecting and the keeping practices as an intrinsical part of knowledge production and at the same time takes into account the co-constitutive role of material matter. 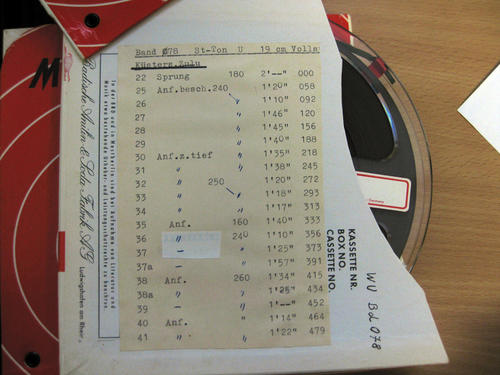