Roadside and travel communities: Towards an understanding of the African long-distance road (Sudan, Ghana)

The project departed from the insight that motor roads, together with their rules and conventions for using them, are quite literally cultural constructions. In this sense, the road regime in large parts of the African continent is still under construction. Roadmaking and road use draw from North Atlantic models but observation of the African road and preliminary research make clear that beyond the surface of adaptation to the North Atlantic model lie large spaces of creative reinterpretations and modifications. The project proposed an inquiry into the emerging socio-technological orders of the African road by examining quotidian user's practices. Roadside and travel communities as well as their interactions were studied by opening four windows of inquiry on Ghana's and Sudan's long-distance roads: 1) the urban "lorry park", 2) the busy and well developed inter-regional highway, 3) the unsurfaced back-country road and 4) the rest stop on overland roads.

As a guiding concpet the project used the previously developed notion of appropriation which implies that technologies and their significations are open to significant modifications in the process of their transfer. It thereby aimed at contributing to 1) an understanding oft the African road which is also expected to shed light on European road-related developments and 2) to a theory of adaptation and creativity in the context of global entanglements. 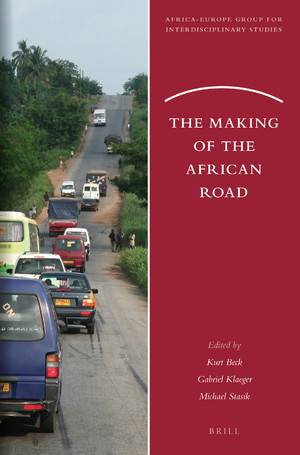 Open Acess zu "The Making of the African Road"