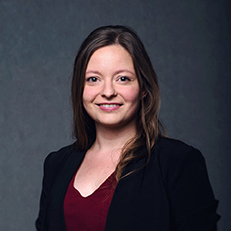 All over the world pastoralists are under pressure to abandon their way of life; ever more of them dropping out of a nomadic lifestyle completely - a phenomenon also affecting Sudan and its diverse nomadic pastoralist groups. While at all times having to cope with dry periods and natural phenomena, the resilience of nomadic tribes in Eastern Sudan was challenged by conflicts between the government of Sudan and the Eastern Sudan Front (coalition of nomadic tribes) in 2006. The Beni Amir tribe is remarkable among the Eastern tribes due to its strong connection to Eritrea. Since the international state line between Sudan and Eritrea was drawn through their traditional grazing land, migration routes and temporary settlements, the Beni Amir can be considered a cross-border tribe. Their close relation and location to Eritrea from which up to 4.000 people flee each month, brings them into a specific position, not only socially but also with regard to the government of Sudan and affects their sedentarization process. The research project seeks to explore the sedentarization experiences and perceptions of Beni Amir while abandoning nomadic pastoralism. Thus, the research is centered around the question: How does the change from nomadic life to sedentary life influence previously nomadic or semi-nomadic pastoralists from the Beni Amir cross-border tribe in Eastern Sudan? This question is approached with an interpretive understanding of knowledge production, a social constructivist ontological view and approximated with critical methodologies. Through in-depth iterative interviews with Beni Amir people as well as with NGO professionals the methods of the research are based in the constructivist grounded theory by Charmaz.